5 Most Secure Clouds For Storing Documents

Graphic design software is the main weapon for designers, with this software it helps designers to create imaginations that produce works in digital form.

Adobe Photoshop is software that is widely used to manipulate or edit photos, often also used by professional photographers to give an effect to a photo to make it look luxurious and cool.

Adobe Photoshop has features that are quite complete compared to other software, and most graphic designers certainly know about Adobe Photoshop. This software was released on February 19, 1990 and was developed by Adobe Systems. Adobe Illustrator supports vectors which means that if a photo or image is zoomed in or enlarged it will look not broken or blurry. Adobe Illustrator was launched in January 1987 and was developed by Adobe Systems.

Adobe XD or Adobe Experience Design is software specifically for mobile application designers and web designers or commonly called UI/UX Designer (User Interface/User Experience).
For beginners this software is quite simple and easy to use because from the initial frame to the final order it creates beautiful designs in a short time. You can also adjust the layout according to your wishes. 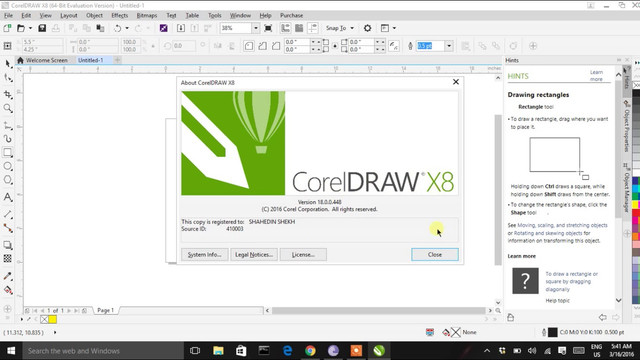 CorelDraw uses almost the same as Adobe Illustrator, which is graphic design software used to design vector-based images. This software can also be used to adjust page layout and others.

CorelDraw was launched in January 1989 and developed by Corel, CorelDraw was created using C++ and C# languages.

Inkscape is a vector editor software with the same features as Adobe Illustrator and CorelDraw. It has a simple interface, multi-language support and users can customize the functionality of this software with additional add-ons.