On this occasion I will explain and discuss about 6 multimedia editing applications that are more precise towards video editing. As the name implies, video editing is where we create or add an object into a combination of several images or videos. In the world of video editing, we definitely need an application/software to edit videos. 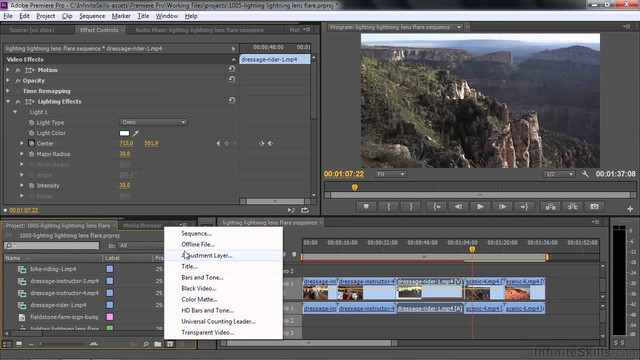 Sony Vegas Pro is a video editing software package for non-linear editing (NLE) which was originally published by Sonic Foundry, but has now been recognized and run by Sony Creative Software. This software features real-time multitrack video and audio editing on unlimited tracks. Sony vegas itself is one of the free video editing software for Windows XP (for the old version) and for version 12 only for 64-bit only. Version 13 and most recently is 14 dropping support for Windows Vista, 7, 8, 8.1, and 10. 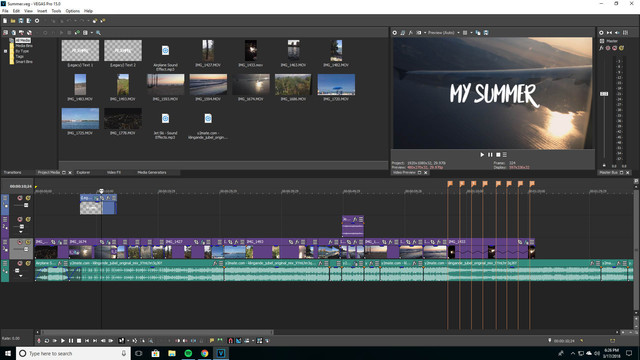 This Sony Vegas Pro does not require any special hardware to run properly, allowing it to operate on almost any standard Windows computer on a wide range of hardware. Then this software is also unlike other editors, Sony Vegas Pro supports scripting technology which provides task automation, simplified workflow, and greater efficiency and productivity. Free and paid pre-written scripts are available from the Vegas community on the web. So Sony Vegas Pro is known as a powerful, yet beginner-friendly video editing program.

Camtasia Studio and Camtasia for Mac are software created and published by TechSmith, where the functionality of this software is used to create video tutorials and presentations live via screencast, or through live recording plug-ins for Microsoft PowerPoint. The screen area to be recorded can be freely selected, and audio or multimedia recordings can be recorded at the same time or added separately from other sources and integrated into the product’s Camtasia Studio component. Both versions of Camtasia initiated screen capture enhancement programs and have evolved to integrate screen capture and post-processing equipment targeted for the multimedia education and information development market. Many versions have been released by TechSmith, and the latest one is Camtasia Studio 9 which remains a lightweight video editing software. Camtasia Studio is of course paid, but they provide a trial version and you can try it before buying the license.

For the latter, it must be familiar to all of you, namely Windows Movie Maker. In the past, when I used Windows XP, this Movie Maker software had become the default for Windows XP, friend. But for windows vista and above I don’t know hehehe. So this software is very legendary, because besides being free, this software also has a lot of audio and video effects. 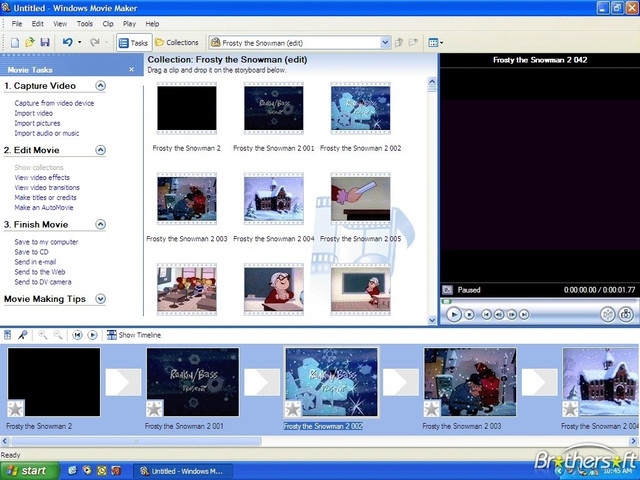 Windows Movie Maker, if described in general terms, is software that is part of Windows Live Essentials 2011. The main function of this program is to perform digital processing of moving image footage (movies). So my friend can download this free video editing software on the official website without a license.

Wondershare Video Editor is a video editor software where you can create a movie from several videos that you take using a smartphone, digital camera or camcorder easily. You can also choose the ratio you want to use between 16:9 or 4:3. The screen provided also includes a file manager, timeline, and preview window. When you insert a video, image or audio file it will automatically be moved to the timeline where you can choose to trim, cut, split, rotate, set fade in or out, speed, and more.
Wondershare Video Editor also has various effects and filters that you can use, and you can export the results to several formats for certain devices or in high quality such as DVD, you can even share directly on YouTube.