As we all know that computer viruses and other types of malware can cause problems ranging from computers suddenly becoming slow or having frequent errors to stealing important data stored on the computer itself. Several types of malware exist that work by replicating themselves to fill all available space on the computer hard drive, automatically computer performance becomes very slow and even blanks. There are also those specially programmed to delete or destroy data on the computer so that it cannot be used anymore. Other types of computer viruses are also programmed to run e-mail and then mass-send malicious code to everyone on the e-mail contact list. Recently that is popular, there is a virus called ransomware, it will lock all files on the computer and to open them the victim must transfer some money to the virus maker. 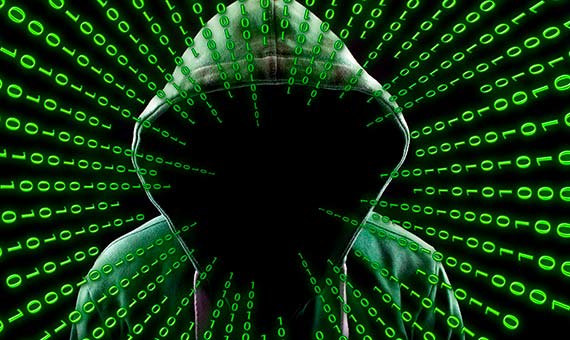 Of course everyone does not want their computers to be infected with viruses. Therefore, it is very important to practice safe computing habits such as installing reliable anti-virus software, do not install random software which is not known or trusted source. But every now and then, the virus may be able to penetrate the anti-virus defenses on the computer. It could be because we forgot to update the anti-virus so that the database is outdated or the type of virus is too sophisticated. Viruses can enter from when we accidentally click on a link and activate the virus. Or someone else is using our computer and accidentally downloaded some malware and installed it. How do I know if our computer has been infected with a virus or not ?. Are there any special signs that can be identified indicating that our computer has been infected with a virus?

In fact, there are indeed several signs that can indicate that a computer has been infected with malware or dangerous viruses. In this case if the anti-virus software installed on the computer has not notified any signs of a virus, here are some indicators of malware on a computer: If your computer suddenly becomes unstable, then that is a sign that something is wrong. Some malware can clutter up important system files making the computer slow or not run properly. For example, the computer often lags or appears unclear error warnings. If the computer often lags when trying to run certain applications or open certain files, then it can be caused by malware that has infected the computer from within. Do you feel that your computer is running much slower than usual? This could be the result of malicious malware starting to drain the processing resources of the computer. If you are not running a resource-heavy application but your computer is still slow, it could be the effect of a virus running on your computer. A strange message telling you can’t access a specific drive on the computer is another sign that something is wrong. On the other hand, there are also applications that suddenly can’t run (like before) or files that can’t be opened can also be caused by virus problems. Other indicators include hardware (such as a printer) that is no longer responding to commands. Although this is not always due to a virus, there is clearly something wrong with the computer. If you observe that your hard disk is suddenly full even though it doesn’t store certain large files, then it is clearly due to a virus on your computer. Including the strange appearance changes on the computer without us accidentally.

Immediately install a reliable antivirus application and perform scanning to clean viruses from the computer. Another way if the antivirus software does not want to be installed, the hard drive can be removed and scanned on another computer that has anti-virus. If it is no longer possible, then the last resort is to reinstall the operating system, but the risk is that the data on the previous computer will be permanently deleted.