Backend developer is a term that is often heard when it comes to web development. If you like to browse a site such as landing pages or e-commerce, surely you have entered some data to register your account. Well, the data entered will be stored in the database of the website application.

The job of the backend developer is to handle the management of that data. But that’s not only limited to the backend developer’s job, there are many other tasks. To create complex applications, you also need help from every team, from the frontend, backend, even UI/UX designers. 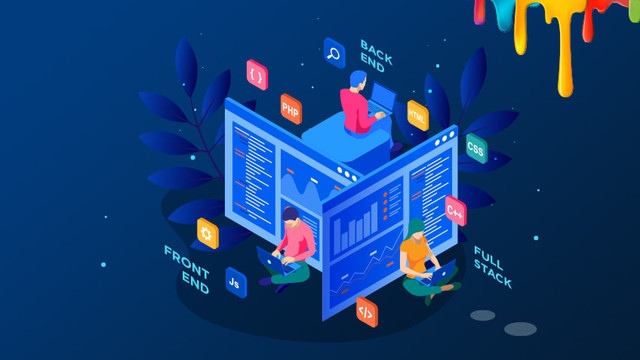 Not only that, backend developers are also responsible for maintaining website security, namely by ensuring that there is no bad coding that can be used to infiltrate the server, or ensure that the website flow is not vulnerable to hacking. Backend developers don’t only have a role when building websites. After the website is running online, the backend developer also needs to do testing to continue to test its performance and security.

A backend developer must master various capabilities to manage technology which is included in its components, namely servers, databases, and applications. In addition, backend programmers need to collaborate with frontend developers to be able to run the software optimally.

In order to become a professional backend developer, you have to learn a lot of things. Starting from the operating system to the technical part, namely server-side. Here’s a full review of some of these things, namely: 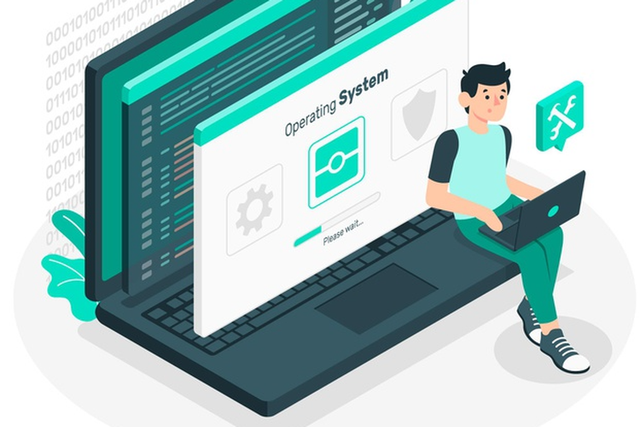 The operating system is the software interface that manages all the resources on the computer. Its main role is as a bridge to connect software, hardware and brainware components. A backend developer should know things about the OS below:

Memory is the center of the computer system’s operating activities. It is also a large array of words or bytes called addresses. CPU takes commands from it according to the program counter value.

Such a command will increment the contents of the payload to and from a specific memory address. After executing the instruction code on the operand, the output also returns to it. 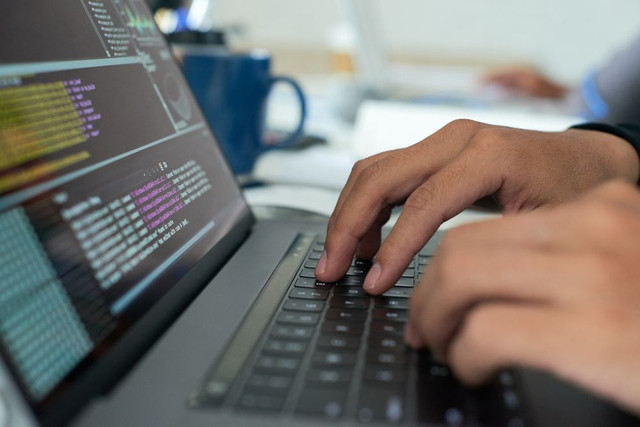 Threads are those that carry out the simplest commands of a computer program. His job is to manage instructions independently based on a schedule.

Threads tend to be lightweight when using fewer resources. The process starts from reading and then writing in variables identical to the data structure, making it easy to establish communication with others.

Terminal is a wrapper of the shell, which is a program that processes commands and returns output. Unix terminology categorizes it as a special type of device document with the task of implementing additional instructions in addition to reading or writing.

The kernel provides several terminals on behalf of the hardware. For example, input from the keyboard and then the output is a text mode screen. In addition, it is also available in software called pseudo-ttys by emulator programs including GUI applications, screen and tmux, Ssh.

CLI is a user interface system in the form of a text program to execute computer instructions. The Operation System implements it in the shell for interactive access to OS functions or services. Then the computer terminal will give it to the user.

Generally terminal devices that implement the CLI are also able to handle the Text User Interface using the cursor when placing the symbol on the screen.

Algorithm is a universal structure containing logical and systematic concepts that aim to solve problems. Technically how it works sometimes goes against the flow of logic even though the purpose of both is the same.

Chronologically, the first step of the algorithm in solving the problem is to check the truth of its logic. After that, proceed to process the procedure to provide feedback according to the flowchart. It is in the programming world synonymous with class/function.

Example input problem: what is the number of odd numbers in the series 1 to 1000? Logically, the solution is to write one number at a time other than even. While the algorithm finds the answer through a systematic concept, namely by categorizing all numbers that do not run out if divided by 2.

There are many large companies that use PHP for example Facebook and WordPress. This programming language has several advantages such as having an advanced framework, offering ease of creating web pages, providing a variety of automation tools for testing applications.

Initially JavaScript was created as a programming language on top of the browser only. Along with the development of technology now it can also be used to develop various applications such as desktop, web, back-end-based data integration even on mobile.

Node.js which is based on Javascript itself is also a free server side because it is open source. There are many frameworks that you can use. Here are some of the most recommended options, namely:

Express.js: minimalistic, fast, flexible and you can use it to develop applications such as Yummly, MySpace, and segment.io.

Socket.IO: The attraction is that it can run smoothly on various devices, OS, and modern browsers so that many large companies use it such as Microsoft, Trello, Yammer, and Zendesk.

Another advantage is that it has a simple design concept that is focused on user convenience. Offers ease of learning and reading the code in it. In addition, Python also supports a variety of functional and object-oriented programming. 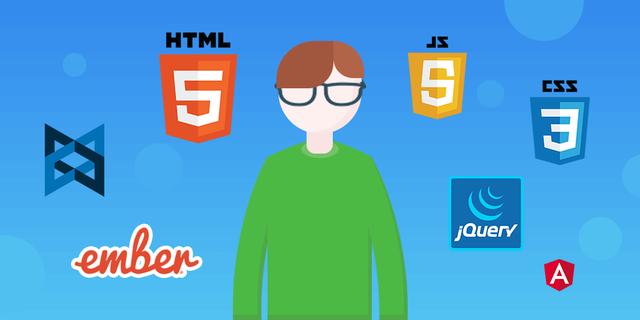 Frontend is the front part of the website that is visible to the user. Learning these basics is useful for adjusting the basic appearance such as structure and decoration so that the site looks attractive in the eyes of visitors. Roughly, the components are divided into three, including HTML, CSS, and JavaScript.

HTML stands for HyperText Markup Language, which is a language for creating the basic structure of a website. For example, such as displaying text, images, videos and other elements.

CSS is a language for decorating websites as a complement to HTML. Both can be connected via inline, internal and external ways. You can add the structure to each previously created section with decorations in the form of color, size and animation.

JavaScript is a programming language to make websites more interactive and have logic to think. Its contents include variables for how to save the document and various data types such as numbers including decimals and commas as well as strings for writing text or characters.

To become a reliable backend developer, you need to master several frameworks. Because, with the help of a framework, you can create a website faster. A framework already has various features that are not provided in basic programming languages. In addition, website performance also becomes better with guaranteed security.

A backend developer needs to use a framework according to the programming language mastered. The following is a list of frameworks that are often used in website creation:

Spring, Hibernate is a framework for the Java programming language.

CodeIgniter, Laravel, Yii are frameworks for the PHP language.

Django, Flask is a framework for the Python language.

By mastering the backend framework, your task in building a website will be easier.

Another backend developer skill that needs to be mastered is the Version Control System (VCS) which functions to regulate the version of the code in every website development. With this skill, your work can be more structured because every change is well recorded.

For example, you are working on a feature on a website. You and your colleagues can work on tasks with different version names. With VCS, you can easily find out which version has the best features, then combine them in a new version. That way, website development is done faster.

For noSQL, are other databases like Redis, MongoDB, Cassandra, and others. The most important thing here is that you really master the concept and structure of making the database itself. If you don’t understand, then it will be difficult to learn more in the SQL language in the future. 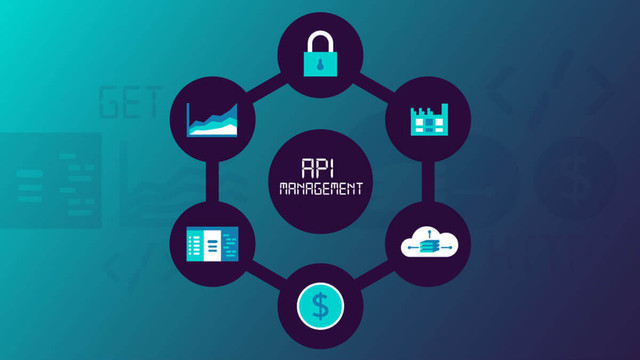 Cache serves as a temporary data storage or HTML page to minimize bandwidth and server loading. The simple definition is technology that helps pages appear faster. So you should use this if you want to speed up the process of opening sites.

The categories are divided into 2, the first is in the form of client side caching, namely the cache process in the user’s browser. User can manage it in settings. The second category is server side caching, which is a cache process that occurs on servers and websites. 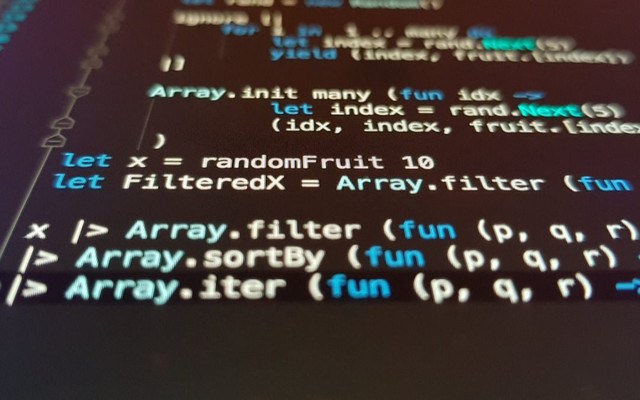 Clean code is code in software that is in a well-organized format, making it easy to read and modify. You need to learn this so that there are no misunderstandings among other programmers about the purpose and function of the code.

Clean Code you can master by applying the following principles:

YAGNI: this principle teaches you to write only necessary code and ignore unnecessary functions.

KISS: this principle directs you to think of the simplest solutions to simple problems. Do not think too complex when faced with trivial problems.

DRY: Do not repeat the same code in various places because if it is repeated it will be difficult to play it.

A backend developer is someone who focuses on managing devices on the side of exchanging server and website data on an application or if in web development it is managing the server (server side). In practice, the backend developer is also tasked with making the database and website flow well and supported by qualified security. To be able to carry out their duties properly, a backend developer needs to master various things such as understanding servers, programming languages, frameworks, databases, API management to version control systems.

There are several skills that you must master to become a reliable backend developer. It’s not easy, the most important thing here is that you have a strong commitment to work and manage information in the form of user data so that it can be stored properly. The key to success as a clear backend developer must be to expand your portfolio and work on excellent projects. The more cases and use cases encountered, the more they will practice problem solving skills.

Therefore, to become a reliable backend, a company or special agency is also needed to learn about it. As in professional IT agencies that provide bootcamp training to get professional IT training programs with methods and modules based on curriculum that follows current technological developments.

Tips for Creating an Attractive Website Design for Your Audience